The health and safety of our members is critical to AAA. Our office is now open. If you plan to visit, please call ahead to ensure staff is available in the office.  Be sure to wear your mask. You will be required to have your temperature checked and complete a COVID release form prior to entering the building.

All in-person events, programs and meetings of groups larger than 10 will be held virtually or will be held outside, following the proper mask and social distancing guidelines through April 21, 2021.

...but Advocates Stress the Need for Additional Help 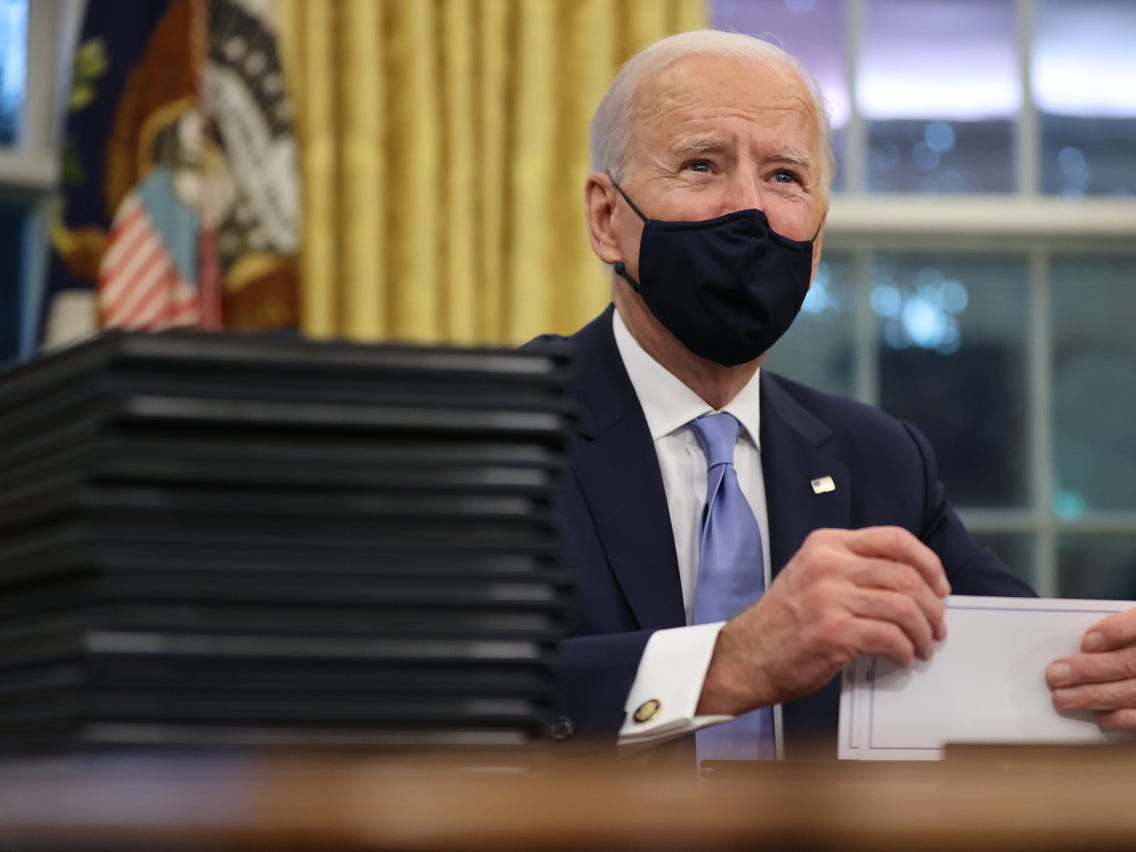 Biden's $1.9 trillion stimulus package, The American Rescue Plan, includes many housing-related policies: $30 billion in rental and utility assistance, $5 billion to help prevent outbreaks among the homeless, and an even longer extension of the national eviction moratorium through September — efforts that would make a big difference in struggling communities, according to housing experts.

"All of the things that are in the bill are great. We need them, we want them," said Sarah Saadian, vice president of public policy at the National Low Income Housing Coalition.

Housing advocates have been pushing for rental and housing assistance for months as the country grapples with the coronavirus-caused housing crisis.

Experts have been trying to track the total amount of back rent owed by renters in the US since the pandemic started. Saadian said it's difficult to come to an exact number but estimated that renters owed anywhere between $34 billion to $70 billion at the end of 2020. In December, Moody Analytics found that millions of Americans are, on average, nearly $6,000 behind on rent payments.

"Everyone's trying to use their best estimates of what the need is, but Congress only passed $25 billion [in the December stimulus package] and the need is greater than that," Saadian said. "So we're glad to see that Biden included $30 billion for emergency rental assistance to help address that backlog.

Advocates stress need for an extended and expanded eviction moratorium

Saadian's organization has been pushing not only for an extended moratorium, but an expanded one too. With Biden's executive action and the CDC's update on Wednesday, advocates got their wish for the extension, but Saadian says that current moratoria should be broadened.

One of the biggest challenges with the current CDC moratorium is that renters must know about the moratorium and take affirmative steps in order to be protected under it. Saadian said this has created a loophole that landlords have been able to abuse.

"We've seen cases where one renter might come to the courthouse and they have their paperwork, and they can stop the eviction, and then the very next household might be facing eviction but they don't have the paperwork, so it's uneven," Saadian said.

Saadian suggests an automatic, universal moratorium that applies to all renters whether or not they have taken protective steps and stronger enforcement measures. While the CDC moratorium does include penalizing measures for landlords who violate it, no federal agency currently enforces these penalties, which allows landlords to proceed with unlawful evictions, according to Saadian.

But others argue that ongoing continuation of the eviction moratoria will have negative, long-term impacts on the housing industry and leave renters in even more debt.

"Though well-intended and politically popular, eviction moratoria do not address the deep financial distress of renters or rental housing providers," said Robert Pinnegar, president and CEO of the National Apartment Association. "Instead, these policies leave renters accruing insurmountable debt while forcing rental housing providers to absorb and operate under substantial losses."

Pinnegar said that even though the federal eviction moratorium has been in place for almost a year, it still took nine months for Congress to pass a rental assistance program that even begins to address the issue of the increasing back-rent owed by millions. Meanwhile, renters and landlords alike were left to rack up debt for months.

He warned that ongoing moratorium extensions are unsustainable and will destroy housing affordability once the pandemic is over.

The country was already facing a severe housing shortage before the pandemic started, according to Pinnegar. Now, he said, the nation faces the very real possibility of losing a significant amount of existing housing to foreclosure.

"When there isn't any money coming in, the first concern is decline in quality of the rental housing stock," Pinnegar said. "Long-term, if owners can't pay their bills, the bank will foreclose and these properties will lose their affordable housing mandate status, further depleting supply."

Pinnegar said the extension of moratoriums are particularly devastating for "mom-and-pop landlords" who own 10 or fewer properties, many of whom have been operating at a deficit for months.

"If you're an owner, you want to help residents stay in their homes, but if you can't afford the mortgage or taxes on the property, your hands are tied," he said.

"The only responsible solution that addresses the unique needs of renters and rental housing providers is swift, substantial, targeted rental assistance that addresses both the current deficit and continuing financial hardship," Pinnegar said.

Evictions aren't only a housing issue

Saadian and Pinnegar agree that the impacts of the COVID-caused rental crisis extend far beyond the housing market.

Saadian emphasized that allowing evictions as cases continue to spike is not just unethical, but dangerous.

"It's a really good measure to keep people in their homes during the course of the pandemic because there is a clear connection between evictions and the spread of COVID and additional deaths," Saadian said. "So we see this as a public health issue as much of a housing issue."

Saadian also stressed that similar to the virus itself, the housing and rental crisis has hit communities of color especially hard. Even before the pandemic, people of color were disproportionately more likely to be burdened by housing costs and experiencing homelessness.

"All of this is adding up to a tremendous impact on racial inequities and it's really important that we make sure that when we're talking about solutions or providing emergency rental assistance, that we're doing it in a way that reaches the most marginalized people," Saadian said.

"Housing touches nearly every aspect of a person's life, and there's so much evidence that evictions and housing instability have huge impacts on your educational outcome, your health, your long-term economic success," Saadian said. "It touches everything. It hits so many people."